Looks like the perfect spot to anchor (Muertos) before crossing. Maybe the pot at the end of this rainbow is trying to underscore the current exchange rate of 20 pesos/dollar. 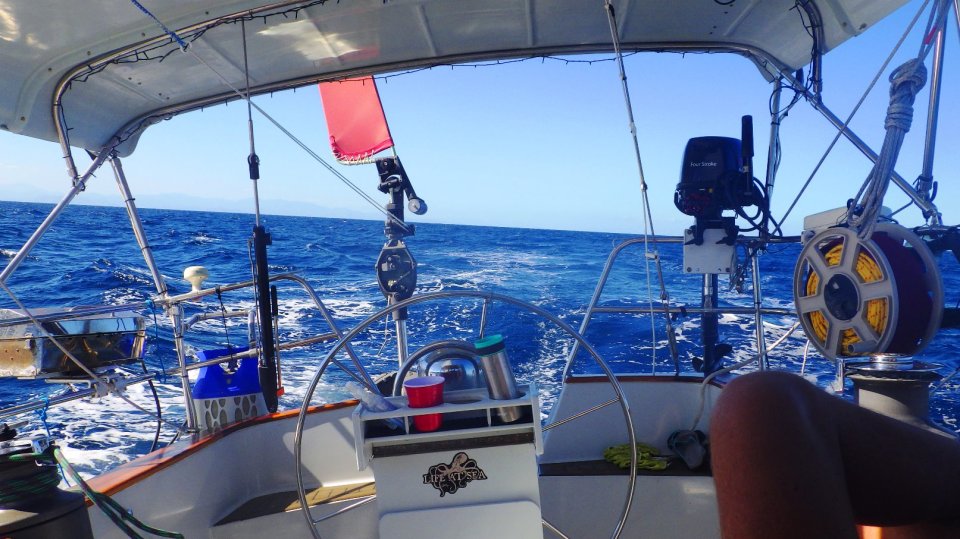 If you know Vanna the self-steering wind vane, you can see she’s steering a course for a beam reach, perfect for zipping across the Sea with a fast, comfortable ride. 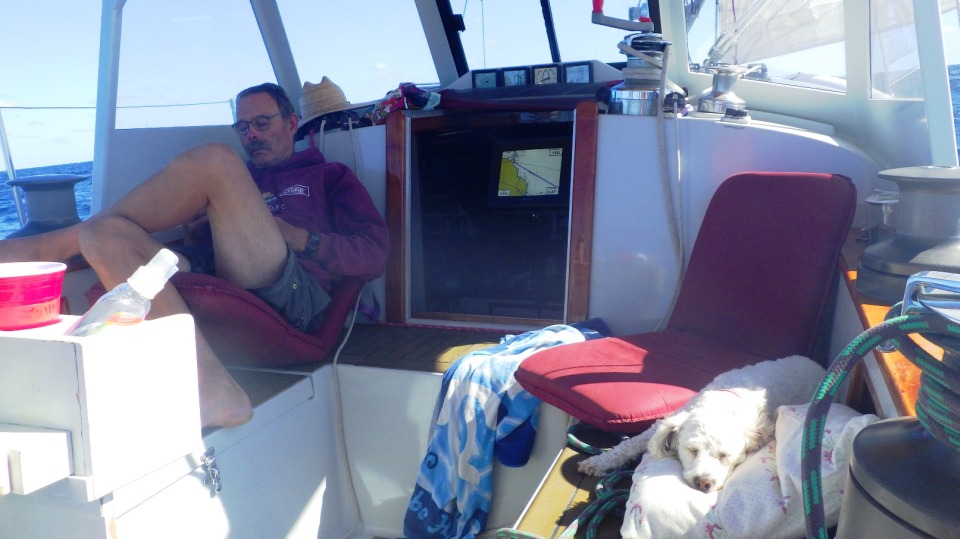 I think it’s Lucy’s turn to be on watch.  With the sails set and Vanna driving, pretty intense watch keeping.   Lucy ultimately tied her own record of 42 hours for “holding it”. 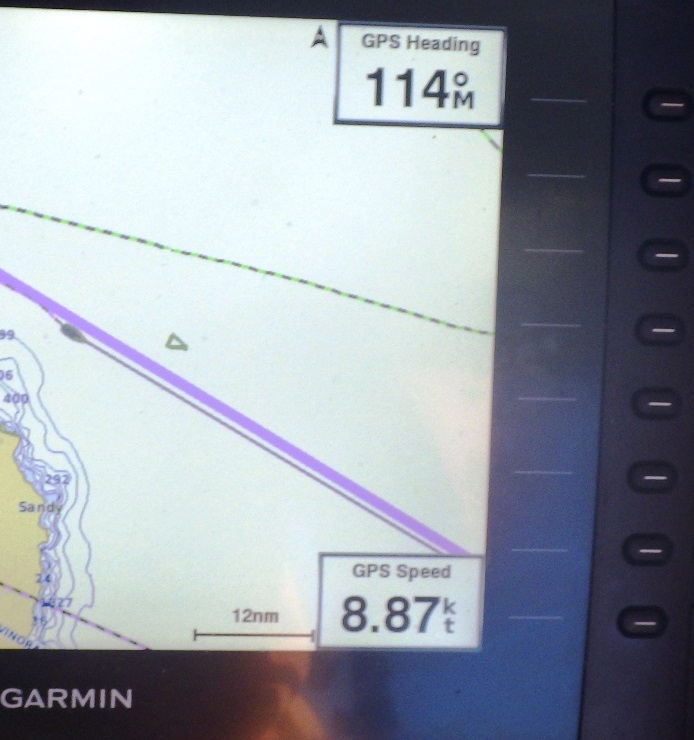 We took off from Muertos (between Cabo and La Paz) on a beam reach holding 8 and 9 knots for most of the day but our overall trip average was only 6.25.  The wind died down at night.   Some incredible sailing though. 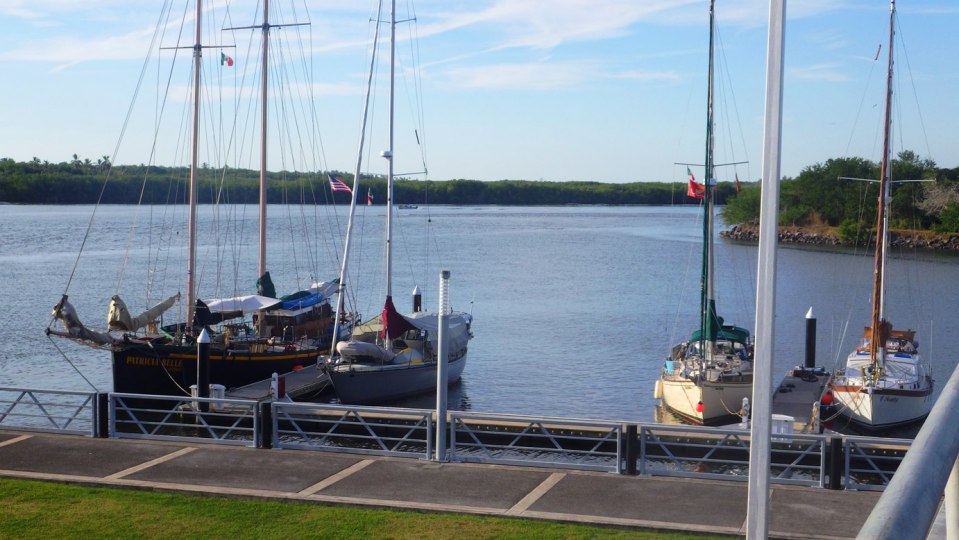 The Dept. of Tourism owns the Fonatur Marina up the river in San Blas. One of 4 Fonaturs we’ve stayed at on the “Nautical Stairway” extending up the Sea. Note the sun cover on Carmanah–yep, it’s getting warm again.

New, better bug screens go up in prep for the potential Denge carrying mosquitos of the Gold Coast. We met Dave who stayed on his trimaran last summer in San Blas (yikes, too hot) —he spent a full month battling Denge fever. I think those named Dave may be specifically targeted by the “bad” mosquitos.

Being back on the mainland means large glasses of fresh juice made to order for a buck. I visited these ladies’ stall at the public market every morning.

The whole town is a-buzz preparing for Christmas. These school kids are working on their choreography for the upcoming holiday pagent. 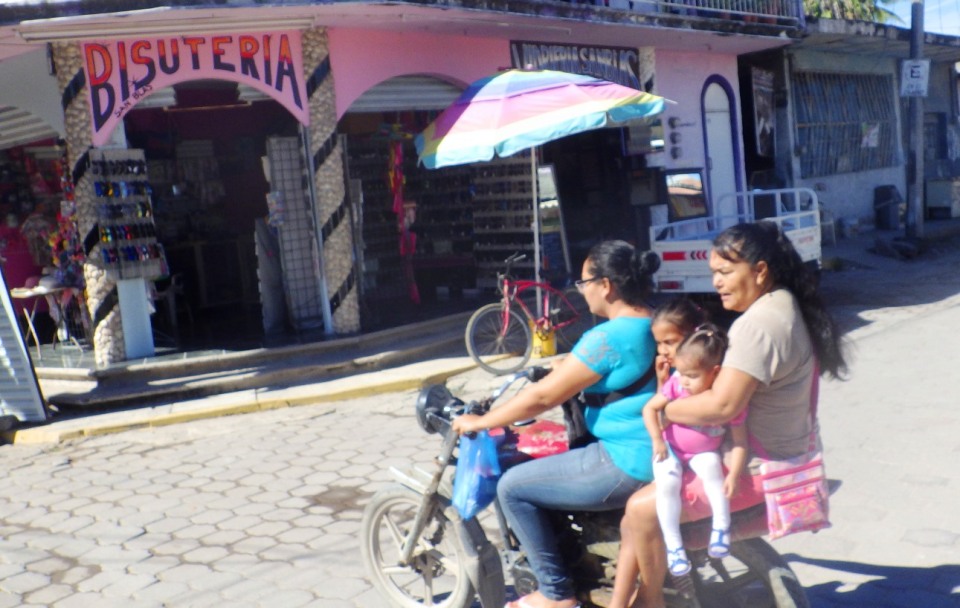 Gotta love the Whole-family-on-the-moped transportation solution that is ubiquitous to small Mexican towns. Teens texting while bicycling down a busy street is a scary sight as well.

3 thoughts on “Going For The Tropical Weather”