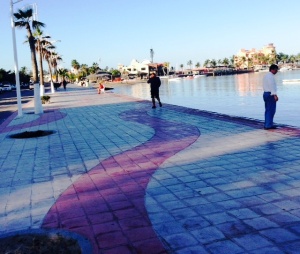 The malcon walkway, goes for miles along the La Paz waterfront. We logged many trips along here. It juts out in several places that seem to take the place of the central plaza. 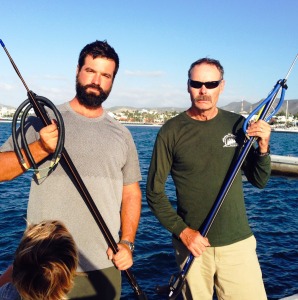 Nick from Cielo Grande and I with our new spear guns. Nobody is safe now.

Gabriel treated us well at The Shack in La Paz with 32 oz drafts for $2. A regular stop (note the smiles) 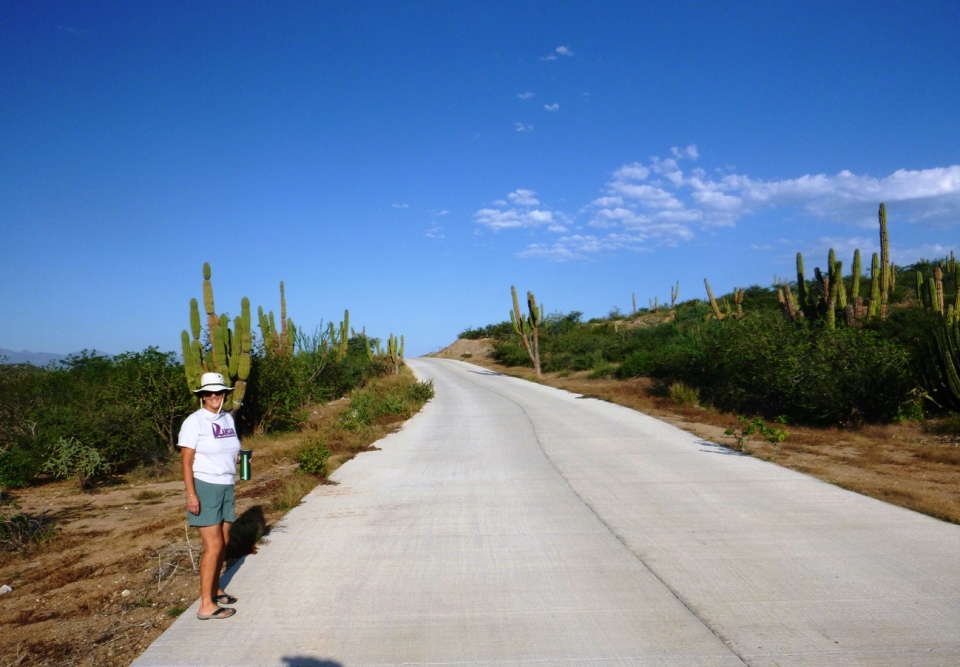 At Los Muertos we found the concrete road in the middle of dirt road and cow path country. Some rich guy’s villa is out there. 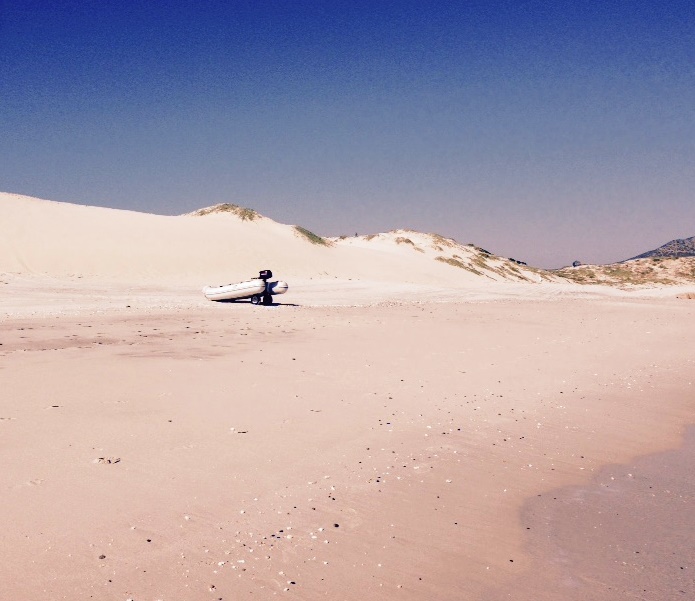 Dinghy wheels are definitely a must have. Just motor right up onto the beach, get out and pull the boat up fast before the next wave. 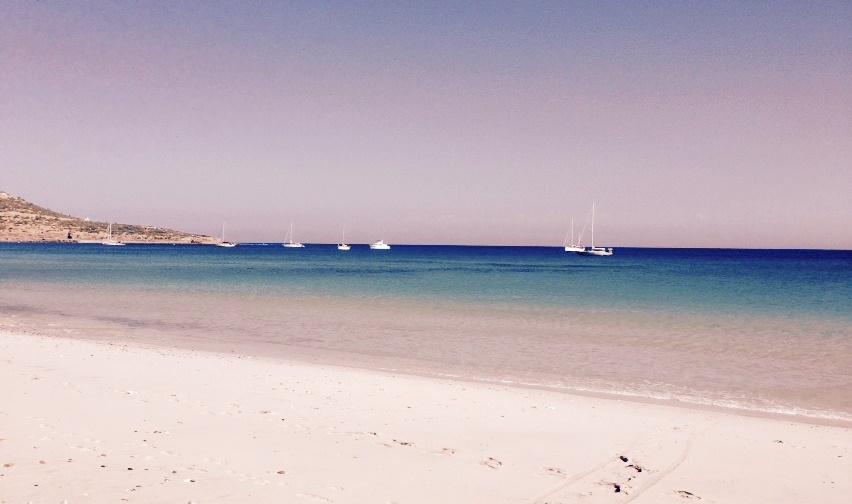 The anchorage at Los Muertos on the Baja south cape has stunning vistas. Carmanah is the closest boat.

Sunrise in the middle of the Sea of Cortez on our two day passage to San Blas. Gybing the Jib we roll it in first then move the pole. 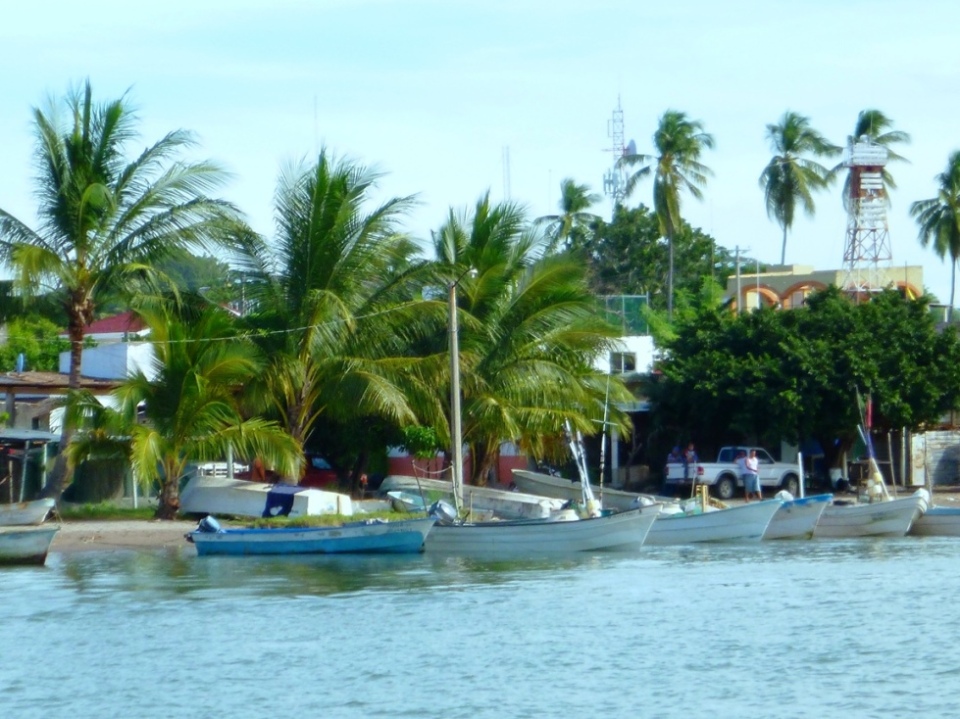 Several of the 10,000 pangas on the San Blas waterfront. 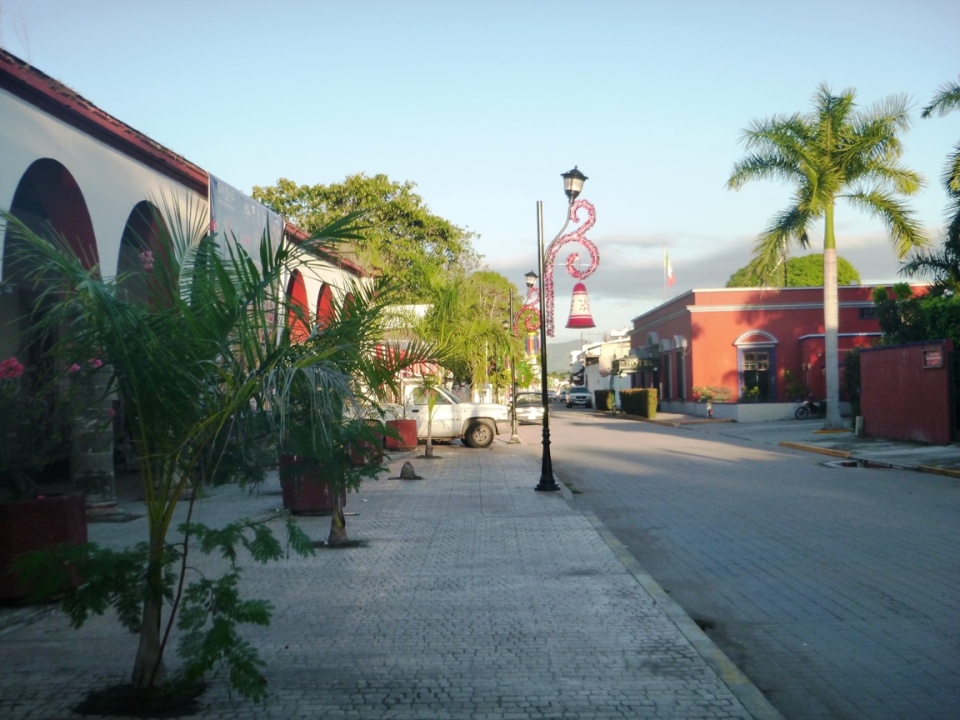 The giant Christmas tree in the town square was to be lit on the same night the big rains came–didn’t happen. We had fun with Jeff and Mary of Finte anyway.

At the government owned “over the top’ marina in San Blas, a huichoes (local indigenous people) horseman provides contrast to the ultra modern facility. 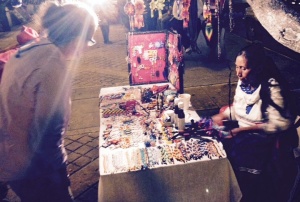 The Huicholes are famous for their yarn-paintings and bead work. Donna and Mary ogling the wares.

Casting off from San Blas with old and new friends saying good bye. Mel and Larry on the right of “Hemisphere Dancer”, long time Mexico cruisers, were a lot of fun to hang out with for us and Finte

Carmanah, happy at anchor, just outside the surf line at Chacala.

Lucy on the back porch looking longingly at the Chacala beach. (are those dogs actually frolicking in the sand?)

On the beach at Chacala just 100 yds the boat. Mainly we needed a wifi password for Carmanah’s long range antenna.

Got to lock in that wifi no matter how many beers and guacamole it takes. 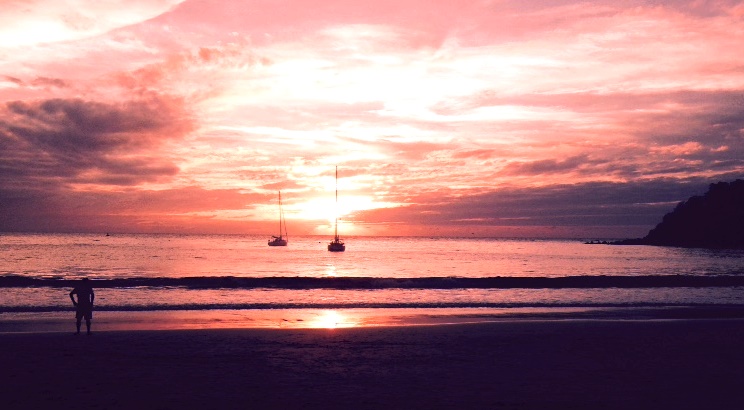 Sunset from the palapa on Chacal beach with Carmanah on the right.

4 thoughts on “Crossing Over”